On December 20, 1606 144 passenger and crew on the three ships: Susan Constant, Godspeed, and Discovery set sail for a new land. After a four and a half month journey they landed at the selected site they named Jamestown after their King, James I, who had been crowned king in 1603 along the Virginia coast. Being the first English settlement in North America, they had to find a place that avoided Spanish ships that went back and forth between Spain and their new world settlements to the south and the French who had settlements to the North. Here, your child will experience life in the early 1600’s.  The English had to learn to get along with the Powhatan Indian tribe whose land they settled upon. You can explore the Powhatan way of life in the Indian village reenactment.  The highlight for most will be the Fort and the three re-created ships your child gets to go on to experience life aboard these small ships, walk below deck and see where they would have been crowded together. Take the time to understand the differences between the three, how they were sailed, how they stayed together during the voyage, and what instruments were used for navigation.

The story of the Jamestown settlement is one of leadership. Your child will have heard of John Smith. What they probably will not know is that prior to 1607, John Smith from the early age of 16 had seen the world as a soldier, he fought in France, Hungary, wounded, captured and sold as a slave by the Turks in Transylvania.  He is sent two Istanbul as a gift from a Turk to his girlfriend. His new master takes a liking to him, enabling him to escape through Russia and Poland, only to slowly work his way back to England in 1605. Still seeking adventure he becomes active in the planning by the Virginia Company (named for Queen Elizabeth – The Virgin Queen in 1584 by Sir Walter Raleigh). The original charter from the crown was for vast territory that stretched south to modern day South Carolina and north to modern day New Jersey.  On the four month journey John Smith did not get along so well with the captain and arrived in Jamestown in chains only to be released when the Virginia Company orders were opened and read giving him a seat on the governing council. Life in the new colony was difficult and supplies ran out quickly forcing the colony to learn how to live off the land, a new experience for all the settlers. John Smith established an environment unheard of in England, his order: “He that will not work shall not eat”. Needless to say, he was not popular, but his leadership helped them survive the first winter. In addition to just trying to provide food to live on the settlement had to interact with the Powhatan Indian tribe. Your child will know of the Chiefs favorite daughter, Pocahontas. She plays a critical role in the settlements survival and years later, ends up marrying Englishman John Rolfe and moving to England, only to perish from disease.

The Virginia Company was a business venture, exploring the new world for gold. When none was found they looked to generate a financial return some other way. After attempts at glassblowing, vineyard cultivation and silkworm farming failed, the company focused on tobacco. Spain had imported tobacco from the new world, introducing smoking across Europe. John Rolfe after multiple attempts developed a successful tobacco competitor to the Spanish.  Have your child consider the ramifications of this success. As tobacco plantations grew the need for labor led to the importation of slaves. The economic benefit to Virginia was significant leading to a population boom and the establishment of towns and a cultured educated society that 150 year later would be the backbone of a revolution. Jump ahead another two hundred years and the impact of tobacco on our health leads to a massive public campaign to stop smoking given the spread of cancer.

Visiting the Jamestown settlement is a unique opportunity for your child to gain a better understanding of how and why England invested in exploration and colonization and the resulting impact of those efforts. Tough men like John Smith made it happen, while industrious men like John Rolfe changed the course of history. None would probably have been successful but for a young fearless women named Pocahontas who jumped across the cultural differences of two people groups and embraced change. Experience this history with your child, plan a visit Jamestown. 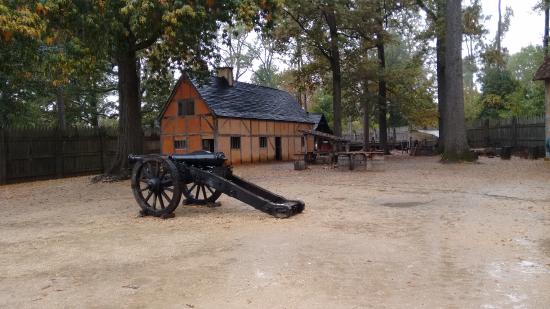 This photo of Jamestown Settlement is courtesy of TripAdvisor